Following her win over Pannie Kianzad at UFC 239, Julia Avila gave us all a geology lesson in her post-fight interview.

A geologist herself, she went through the steps of earthquake safety, which was then turned into a little video by the CEO of her management company, TKO Combat Sports & Entertainment. He put together Avila’s earthquake safety instructions and merged them with the reactions of “South Park” comedy series character Randy Marsh, who in the show is also a geologist, in a hilarious video.

That caught the attention of someone at the show, and Avila was added as a character in a recent “South Park” episode. Pretty cool, huh?

Check out the clip on Facebook! I think I just became a South Park character! So cool! 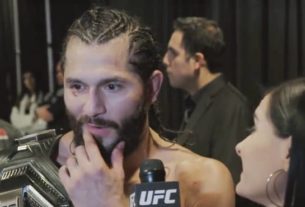 UFC 244 Thrill and Agony: ‘They cut me short; I wanted to give that Picasso painting at the end’

Ovince Saint Preux vs. Ryan Spann in the works for UFC event on Feb. 8