Weili Zhang vs. Joanna Jedrzejczyk in the works for UFC 248 on March 7

Strawweight champion Weili Zhang will put her title up for grabs against Joanna Jedrzecjzyk at UFC 248 on March 7, 2020. The highly anticipated showdown was first reported by MMAFighting on Monday.

The bout between Zhang and Jedrzejczyk has been in the works for some time after UFC president Dana White first hinted about the match-up on Instagram. Now verbal agreements are reportedly in place with bout agreements expected to be signed in the coming days.

Zhang will make her first title defense in March after winning the belt with a shocking first-round TKO of former champion Jessica Andrade in August in China. Zhang is now 4-0 in her UFC career including wins over Tecia Torres and Jessica Aguilar.

To retain her title, the 30-year-old Chinese native will have to go through Jedrzejczyk, who was a five-time defending strawweight champion before she lost the belt to Rose Namajunas in 2017.

Since that time, Jedrzejczyk has gone 2-2 in her past four fights with a very close decision loss to Namajunas in their rematch, as well as falling short in her bid to become flyweight champion with a fight against Valentina Shevchenko in 2018.

Jedrzejczyk has won her last two fights at strawweight, however, including a dominant victory against Michelle Waterson in October.

The strawweight title fight between Zhang and Jedrzejczyk is the first confirmed bout for the upcoming show on March 7. A location for the card has not been announced yet, although Las Vegas is a potential landing spot for the show.

Weili Zhang vs. Joanna Jedrzejczyk in the works for UFC 248 on March 7 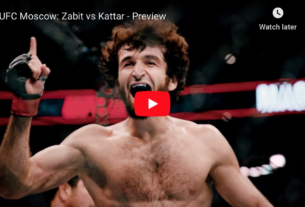 Preview! ‘He Signed The Wrong Contract’