Pettis (22-9 MMA) returned to the promotions lightweight division following a 1-1 stint at welterweight. During that stretch, ‘Showtime’ scored a knockout victory over Stephen Thompson and then suffered a decision setback to Nate Diaz.

Meanwhile, Carlos Diego Ferreira (17-2 MMA) will enter UFC 246 on a five-fight win streak, his latest being a unanimous decision victory over Mairbek Taisumov at UFC 242.

Round one begins and both fighters land significant strikes. Ferreira immediately pressures “Showtime” for the clinch. The Brazilian managed to close the distance and execute multiple a takedown. He used his BJJ expertise to stifle Pettis on the ground, but Showtime remained active off his back against Ferreira’s offence and swivelled back to his feet.

In the second round, Pettis began with a kick to the body. Ferreira responded by grabbing his kick and taking his opponent down to the mat. The lightweight fighter managed to pass Showtime’s guard and achieve a back mount. Ferreira landed some ground and pound to soften up his opponent. He finished Pettis by rear-naked choke in 1:46 of round two.

Check out the pros Twitter reaction’s to Ferreira’s win against Anthony Pettis:

Who would you like to see Ferreira fight next following his victory over Pettis at tonight’s UFC 246 event? Sound off in the comments section Penn Nation!

Stay glued to this site for all of your mixed martial arts news! 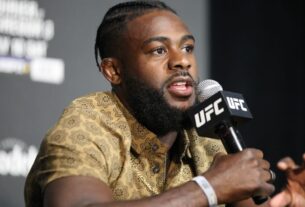