Only those living under a rock for the previous 48 hours or so have been able to avoid the controversy following UFC 247. The whole night was disastrous for judging, which prompted many to call for a new judges or an entirely new system of scoring fights. Of course, most of the focus is on the main event, in which a majority of media and fans alike scored the bout for Dominick Reyes over Jon Jones.

Reyes appeared to edge a close fight, but the judges didn’t see it that way. Adding salt to the wound, the decision was unanimous, and one judge even gave Jones an absurd four rounds.

While cries for judging reform are perhaps the biggest reaction to UFC 247, the other most obvious fan response has been to request an immediate rematch. Reyes wants a second opportunity to dethrone “Bones,” Dana White himself scored the fight for the challenger, and even Jones himself said to Reyes immediately afterward that their rematch will be “epic.” Everything seems lined up for a second match.

Per BetOnline, the odds of Reyes facing Jones next are pretty poor at +350. Instead, the favorite to face Jones next is Corey Anderson, who must first dispatch Jan Blachowicz (+275 to fight Jones) on Saturday night at UFC Rio Rancho. I don’t know how exactly they determine these numbers, but the oddsmakers are pretty confident that Jones won’t have to settle his business with Reyes next time out. It’s also worth-noting that the oddsmakers seem to agree that a Heavyweight move no longer appeals to “Bones.”

Betting odds do not guarantee the future, and from my perspective, a rematch with Reyes would sell a great deal more than a match with “Overtime” regardless of the result this weekend. Still, it’s not hard to understand why Jones would rather face Anderson than Reyes if given the choice.

This is some voodoo-sorcery-witchcraft type sh*t.

Absolutely bizarre coincidence: Jones vs. Reyes and Jones vs. Gustafsson 1 were scored exactly the same.

Everything from the final scores down to the individual rounds were scored the exact same. Wild. #UFC247 pic.twitter.com/0nP9cWMcle

Official … but for how long?

The clip cut off before Niko Price could knock out BOB from his back.

Who will be the first to Naruto run into the Octagon? The sport needs this.

Any Naruto fans out there? Thinking about walking out to the theme song my next fight! なると #なると #naruto

Eryk Anders’ role as “Black Beast-lite” on Instagram still gets some laughs out of me.

Damn bro how did you get caught?

Some detailed medical info on the issue that cost Rafael Lovato Jr. his Bellator title:

Understanding Cavermoma: Why Lovato is not fighting •••••••••••••••••••••••••••• Recently @bellatormma MW Champion and Jiu Jitsu legend, @lovatojrbjj ., announced that he is on indefinitely on the sidelines from fighting due to brain abnormality discovered in a MRI. Lovato was diagnosed with cavernoma, which is a cluster of abnormal blood vessels that have grown to the size of a golf ball / baseball. He was deemed medically unfit to compete at this time due to the potential risk of blood hemorrhaging from head trauma. The scan was part of a routine requirement for MMA fighters to be licensed in California. This was likely a genetic development that potentially he could have competed with during his entire career. . Lovato’s message on the @joerogan Experience was the recommendation for fighters and athletes to be on top of their brain health and get scanned. Assuming one is involved in combat sports it is important to get the proper information to make sure that they are safe to compete. At this time only California and New York require MRIs to compete as a professional in mixed martial arts. . As a big fan of Lovato, both in grappling and MMA, I hope that he is eventually cleared to fight as long as he is safe to do so. . This is not the first time that a scan has found brain abnormalities in a MMA fighter. @vincemurdock was set to make his debut in the @ufc but he failed his medicals 48 hours before the fight. MRI discovered he had moyamoya which is a disease where the cerebral arteries begin to narrow. Narrowing of the artery limited his cerebral blood flow and significantly increased his risk of a stroke. Vinny recently underwent brain surgery to open up his cerebral artery. Once cleared by his surgeon Vinny hopes to make good on his goal and fight in the UFC.

This is the most powerful name I’ve ever seen.

Alternatively, this was a real bad moment to duck down.

A tip for all my readers trying to lose weight:

Midnight Music: I checked out the 2014 album Mess by dance/electronica band Liars tonight. It’s not my usual genre of music, but I liked the mix of catchy and dark across the entire LP. 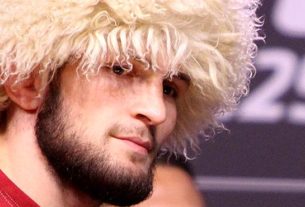