A lot of memorable MMA went down over the past decade.

And to recap some of the UFC’s most exciting and entertaining moments in the 2010s, former UFC welterweight title challenger and current color commentator Dan Hardy takes a deep look at the top 10 fights in the company for BT Sport.

Triple Take: Should Paul Felder retire after his UFC on ESPN+ 26 loss to Dan Hooker?

Hardy’s top picks include fights such as Robbie Lawler vs. Rory MacDonald, Dustin Poirier vs. Justin Gaethje, Andrei Arlovski vs. Travis Browne, and Jon Jones vs. Alexander Gustafson, among others.

Watch the video above to see which fight ranked No. 1 in Hardy’s top 10 UFC fights of the decade list. 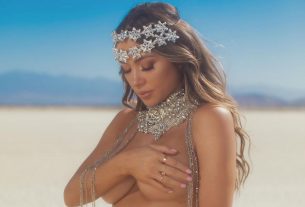 Nikita Krylov to Lock Horns With Magomed Ankalaev at UFC Event on Feb. 27