Chan Sung Jung is well known for his exciting battles in the octagon, but he’s also made history in the UFC.

On March 26, 2011, “The Korean Zombie” became the first man to finish an opponent with a twister submission. Jung (16-5 MMA, 6-2 UFC) tapped fellow slugger Leonard Garcia at UFC Fight Night 24 in Seattle to open up the main card of the event.

At the time, the twister wasn’t as popular as it is now, even though today it still remains an uncommon submission.

Jung surprised many, including Garcia, commentators Joe Rogan and Mike Goldberg, and really the entire MMA community by using the move. The submission win earned Jung a $50,000 “Submission of the Night” bonus and the 2011 “Submission of the Year” nod at the World MMA Awards.

Jung went on to defeat Mark Hominick and Dustin Poirier. He then challenged for the belt, coming up short against then champion Jose Aldo. Nine years later, Jung still remains a contender in the UFC’s 145-pound division, and his submission win over Garcia remains of the most memorable in MMA history.

You can watch it in the video above.

“Today in MMA History” is an MMA Junkie series created in association with MMA History Today, the social media outlet dedicated to reliving “a daily journey through our sport’s history.” 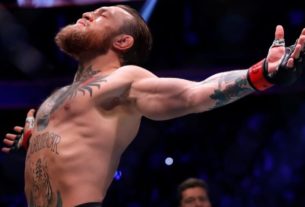