Is Henry Cejudo really retiring? Listening to the former UFC double champ and Olympic gold medalist talk after his win over Dominick Cruz at UFC 249, it sounds like he’s pretty damn done. He laid out his case for hanging up the gloves convincingly, describing a competitive lifestyle that dominated his life since he was four years old. As he gets older and looks to build a family, he discussed funelling that spirit into his personal life … and real estate, which he figured is a much safer bet than face punching for future financial stability.

But now his manager Ali Abdelaziz is throwing all that reasoning into question. Not only does he think Cejudo will return, he thinks it’ll happen before the end of the summer.

As far as Ali is concerned, it’s all just a question of money. Henry is in a position now to finally cash in on all his previous hard work in the UFC. Hard work that up until this point hasn’t been paying out financially. But Abdelaziz is confident (as usual) that he can make a deal with the UFC that works for everyone.

“These guys, they’re in their prime. Henry’s gonna be coming now into his prime,” Abdelaziz argued. “How you gonna retire in your prime, and the pay-per-view [UFC 249] did so well, and you’ve gotta make some money? Could things be changed a little bit? Yes, of course. But at the end of the day, this is between us. It’s between me and Henry and the UFC. I don’t think the media should know about this stuff, because people’s egos get big.”

“Henry’s got everybody on their knees right now,” Abdelaziz concluded. “I don’t think he’s gonna retire. You’re gonna see him fight by this summer. This is what I think.”

We don’t doubt Cejudo would return for the right offer, but it certainly doesn’t sound like the UFC is ready to make it. What do YOU think, Maniacs? 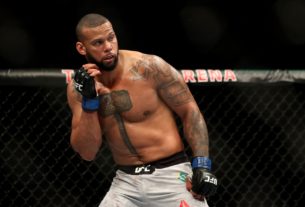 Santos Vs Reyes For Vacant 205 Strap? 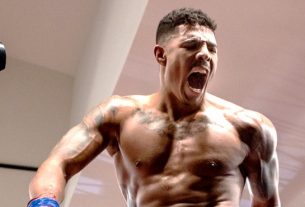 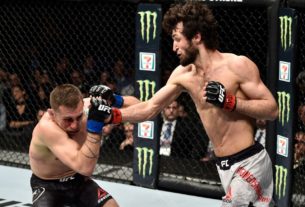