You knew it was coming…but it still hurts.

In a move that likely won’t catch anyone off guard, Ultimate Fighting Championship (UFC) has officially canceled its planned Fight Night event on Aug. 15 in Dublin, Ireland — which was set to go down inside the O3 Arena — due to the ongoing COVID-19 pandemic.

The announcement doesn’t come a surprise and was simply the promotion making it official, as the August 15, 2020 date is now reserved for UFC 252, which will see Stipe Miocic face off against Daniel Cormier in a Heavyweight championship trilogy fight.

While no fights were made official for the event, its a huge blow for Irish fight fans, as UFC hasn’t been to Dublin since staging UFC Fight Night 76: “Holohan vs. Smolka” in 2015. That event marked the debut of Darren Till, who fought to a draw against Nicolas Dalby.

The promotion did express its intentions on returning to Dublin in the future, though there is no telling when that will be, as the coronavirus shows no signs of slowing down. While no fights were official for the event, whoever the promotion had lined up could find themselves fighting on “Fight Island” if the promotion make a return trip to Abu Dhabi in late 2020. 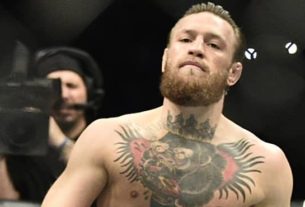