Take a look inside the fight with Amirkhani, who got back in the win column after the first knockout loss of his career this past November.

Amirkhani on the fight’s key moment

“It’s never nice when there’s someone on top of you trying to hold you down. It makes you tired and slows you down. That was my plan. But I also knew it was early and we both had dry skin, so I just said, ‘Let’s finish the fight quick.’ When I saw the opportunity to go for the anaconda, I secured the choke.”

Amirkhani on getting back in the win column

“Everything went terribly wrong in my last fight. I got a new opportunity to show I belong here and what I’m about. I feel amazing, like a reborn child. Victories are always nice, but in the first round is always sweeter.”

Amirkhani on what he wants next

“I don’t have a name in mind. Whoever the UFC offers me, I will always say yes. I just want to go back and start my training again. I’m aiming for the belt. That’s where I’m heading, so there’s no time to celebrate.”

To hear more from Amirkhani, check out the video of the full post-fight interview above. 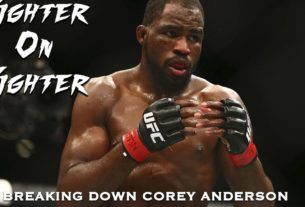 Fighter On Fighter! Breaking Down ‘Overtime!’