Zabit Returning To Russia, No Fight On August 29th

Following the loss of his main event opponent Yair Rodriguez, Zabit has announced he’s shutting down his training camp and returning to Russia.

When news broke that the highly anticipated bout between Zabit Magomedsharipov and Yair Rodriguez on August 29th was off due to an ankle injury to Yair, we consoled ourselves on the fact that at lest we’d still get to see Zabit compete at the end of the month.

Unfortunately, it no longer looks like that’s the case.

Zabit just broke the news on his Instagram, releasing a statement in Russian explaining the situation.

“As-salamu ‘alaykum greetings to all!” he wrote. “I want to inform you that my fight on August 29 will not be. Rodriguez jumped out of the top 5 to replace anyone. Fighting those who are even lower in the rankings is a step back. I asked for either a belt fight or a fight with some interesting opponent with a name. There were no offers, so we turn off our camp and return to Russia.”

“For the second time in a row @UFC breaks off preparation at the final stage,” he finished. “Thanks to everyone who supported and waited for this fight. The team and I did our best.”

So it sounds like the UFC wasn’t able to pull together either an opponent or a financial incentive sexy enough to keep Magomedsharipov in the main event. And yeah … it did seem like the UFC was low on ideas, considering the most interesting option we saw was a rematch with previous opponent Calvin Kattar.

Once again, we must go back to trying to look on the bright side of things: now maybe we’ll just have to wait another month or two for the original Yair vs. Zabit main event to come back together. During the post-fight collapse smack talk Yair declared “I’ll see you in October-November 5 rounds.”

We can only hope things work out that way. 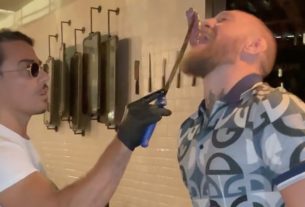 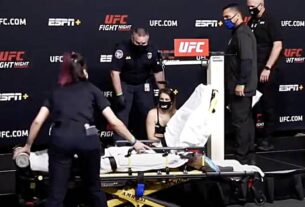