Waterson Views Recent Losses As ‘Steppingstones To The Future’

Michelle Waterson will attempt to end a two-fight losing streak for the second time in her UFC career later tonight (Sat., Sept. 12, 2020) at UFC Vegas 10 live on ESPN+ from inside UFC APEX in Las Vegas, Nevada, as “Karate Hottie” takes on Angela Hill in the main event.

This a tremendous opportunity for Waterson considering this will be just her third main event bid since joining the promotion back in 2015. The former Invicta FC atomweight champion hasn’t been able to get over the UFC hump over the past five years but she’s still managed to capture wins over the likes of Paige VanZant, Karolina Kowalkiewicz, Cortney Casey, Felice Herrig, and Angela Magana.

Coming off back-to-back losses to former UFC women’s strawweight champions Joanna Jedrzejczyk and Carla Esparza, Waterson is in desperate need of a win if she wishes to maintain her footing at 115 pounds. Luckily, she has the right mindset entering her clash with Hill later tonight in Vegas.

“A loss never sits well in your stomach. For me, it’s left me feeling hungry,” Waterson told UFC.com. “I want to feel the taste of victory again and being back in the grind of what it is to prepare for a fight has reinvigorated me. I don’t see the two losses as anything that hold me back; they’re steppingstones to the future.”

“There’s something to be said about who I lost to,” she added. “It’s nothing to hold my head down about against Joanna and my last one was controversial.”

Waterson, 34, remains one of the most marketable female fighters on the UFC roster despite her recent misfortune inside of the Octagon. The 14-year-veteran can still do some really impressive things when given the proper platform and Waterson is excited to prove it again in a main event spot opponent “Overkill.”

“A week before the fight we got the news about the bump and I couldn’t be more ecstatic,” Waterson said. “And against such a game opponent, with five rounds of war I’m so excited. There was no hesitation. I just wanted to be on the same page, and with her track record of taking last second fights, I knew she’d be up for it. It speaks to the UFC’s trust in us to carry this event. I think it’s great because any time the strawweights come to fight we show up.”

While Hill will become the first African-American woman to headline a UFC event later tonight at UFC Vegas 10 it will be Waterson’s third appearance in a UFC headliner. Waterson believes that type of experience will help her pull away from “Overkill” when it matters most and allow her to capture the win over the course of five rounds.

“I feel like I have an advantage because I’ve competed in a main event two other times before,” Waterson said. “But you can never tell. Every fighter is different and they deal with pressure differently. I hope she’s able to bring the best her to the fight because that’s what I look forward to fighting – the best version of all my opponents.”

“I expect her to come guns blazing,” she added. “Let’s see who gets to fill their belly.”

MMAmania.com will deliver LIVE round-by-round, blow-by-blow coverage of the entire UFC Vegas 10 fight card this weekend RIGHT HERE, starting with the ESPN+ “Prelims” matches, which are scheduled to begin at 5 p.m. ET, then the remaining main card balance on ESPN+ at 8 p.m. ET.

To check out the latest and greatest UFC Vegas 10: “Waterson vs. Hill” news and notes be sure to hit up our comprehensive event archive right here. For the updated UFC Vegas 10 fight card and line up click here. 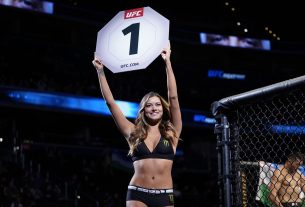 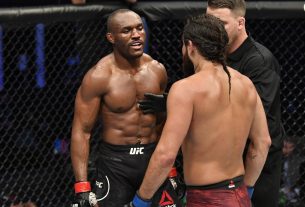