After Glover Teixeira’s positive COVID-19 test postponed their original fight date, Thiago Santos has also been diagnosed with the condition, which gas pushed the bout back further.

UFC president Dana White on Tuesday confirmed a report from Combate that Santos (21-7 MMA, 13-6 UFC) had tested positive for coronavirus. The planned fight with fellow light heavyweight contender Teixeira (31-7 MMA, 14-5 UFC) won’t take place Oct. 3 and has been postponed to an unknown date.

Santos and Teixeira were originally slated to meet at UFC on ESPN+ 35 on Sept. 12. Teixeira tested positive leading up to the contest, though, which initially led to the rescheduled October date.

Santos hasn’t fought since a July 2019 loss to Jon Jones in a bout for the 205-pound title. He was the first in UFC history to take a scorecard from “Bones,” in the split-decision loss, but required double knee surgery afterward and has yet to make his return.

Teixeira, meanwhile, is riding a strong wave of four consecutive wins. He beat Anthony Smith at UFC on ESPN+ 29 in May to enter back into the title conversation after losing his first chance to Jones in 2013. 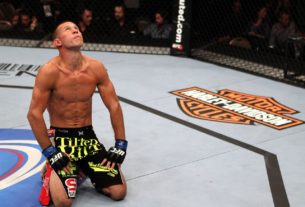 Vinc Pichel plans to make up for lost time, wants at least one more fight in 2020 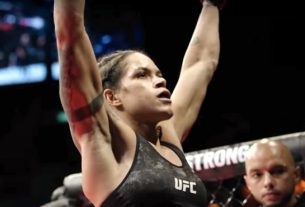