I used to think UFC welterweight loudmouth Colby Covington was acting like a douchebag just to get himself into title contention, but it’s one thing to leak Avengers spoilers and quite another thing to label the Black Lives Matter (BLM) movement “a complete sham.”

Either that, or Covington is doing that weird Hollywood thing where he won’t break character, like when Jim Carrey became Andy Kaufman for six straight months and alienated everyone around him. I would probably applaud his commitment if he wasn’t so slimy.

Since nobody in the real world actually cares about what goes on in the MMA bubble, there hasn’t been much pressure for UFC sponsors to take action. That may explain the generic corporate-speak Tim Bissell from Bloody Elbow got in response to his recent inquiries.

“Reebok is the uniform provider for the UFC, however we do not sponsor Colby Covington. We do not agree with the sentiments he expressed, and stand firm in our belief that Black lives matter. We stand with athletes and communities who are fighting for change.”

“Monster Energy will not respond on the comments of a Non-Sponsored Athlete. We stand by the statements on our website regarding Equality, Diversity, and Inclusion.”

Only three of the 10 sponsors contacted bothered to respond and the ones that did took a page from the UFC handbook. Something along the lines of “fighters are independent contractors who are responsible for their own actions and blah blah blah.”

UFC President Dana White also looked the other way and celebrated the promotion’s “free speech” policy because nobody in the combat sports media has any power. Sure, we like to complain about things on our respective blogs (or tweet angrily) but then we show up on fight night ready for more.

The only way to facilitate real change or at least establish some sort of accountability is to have a major sports network like ESPN … oh wait, never mind. 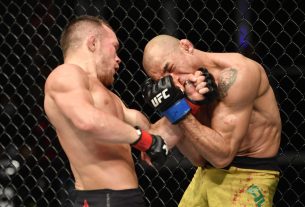 Colby Covington not buying Jon Jones as a hero: “You’re a scumbag” 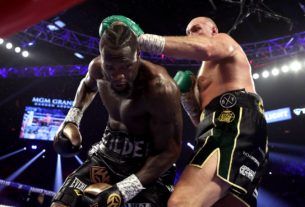