ABU DHABI – Ahead of UFC on ESPN 16, Carlos Felipe spoke with reporters Wednesday during media day.

Felipe (8-1 MMA, 0-1 UFC) discussed his heavyweight co-main event bout with Yorgan De Castro (6-1 MMA, 1-1 UFC), his frustration with his opponent deciding to crank up the trash talk as the fight nears, where he fits into the weight class with a win and much more.

You can watch the full interview in the video above.

UFC on ESPN 16 takes place Saturday at Flash Forum at Yas Island in Abu Dhabi. The main card airs on ESPN and streams on ESPN+ following prelims on ESPN+. 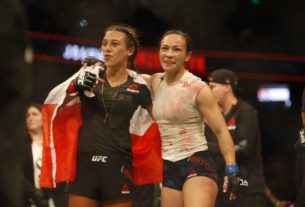 ‘Bam Bam’ No Longer ‘Learning On The Job’ 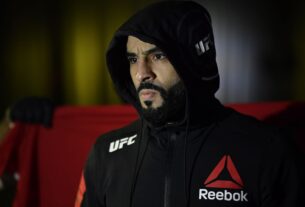