Get a detailed breakdown of the betting lines for UFC Vegas 18, which is set to hit UFC APEX in Las Vegas, Nevada, this weekend (Sat., Feb. 6, 2021), including best bets, underdogs, favorites and much more!

It’s a fine return to action after two weeks away, and one we can profit from. Here’s how:

Too many eggs in one painfully inconsistent basket. I really should have known better than to trust Khalil Rountree, even against the likes of Marcin Prachnio. In my defense, the article came out before his weight cut issues came to light. It’s a damn shame about Dan Hooker, though. It still shocks me that Michael Chandler was able to floor him with one punch when Dustin Poirier carpet-bombed “The Hangman” to no effect. I’m slapping an extra hypothetical $300 onto the hypothetical money pile. Let’s turn this around …

UFC Vegas 18 Odds For The Undercard:

Thoughts: As one-sided as it is, this undercard is full of bargains, namely Timur Valiev, Lara Procopio and Youssef Zalal.

Valiev was almost even money against initial foe Julio Arce, and while -335 is a far cry from -125, he’s still worth an investment. The guy’s still an incredible fighter despite that debut loss, and Day has dropped three straight. Valiev has the kickboxing skill to keep up on the feet and is by far the better wrestler, making him a safe investment.

Molly McCann’s defensive wrestling has failed her in both of her Octagon losses, and she’s largely had to rely on her offensive wrestling against low-level Flyweights in her wins. Not only is Procopio significantly superior on the mat, but she’s a skilled enough striker to hold her own a weight class up against Karol Rosa.

Seung Woo Choi has fought two quality UFC opponents (Movsar Evloev and Gavin Tucker) and one very, very bad one (Suman Mokhtarian), The quality duo combined to land 10 takedowns on him, and considering Zalal’s willingness and ability to drag opponents to the mat, that’s a death sentence. Choi doesn’t even figure to have much of an edge on the feet, as Zalal’s length, durability, and savvy make landing a knockout shot a borderline impossible task. “The Moroccan Devil” should be a much larger favorite, so make sure you’re in position to punish the bookies for their error.

Thoughts: Alistair Overeem, Alexandre Pantoja and Cody Stamann are your investments of choice.

I’m genuinely not clear on why Alexander Volkov is the favorite against Overeem. That’s because “Drago’s” best wins came over Fabricio Werdum and Walt Harris, both of whom Overeem also defeated, and looks to struggle against the Dutchman’s mobile striking offense. On top of that, Volkov has yet to fully address the grappling issues that have plagued him throughout his UFC career, presenting another tempting target for the well-rounded Overeem.

In short, the veteran is a definitely worth your time.

Manel Kape has looked like a monster in his last few Rizin bouts, but those came against opponents willing to oblige him in the stand up. The last time he faced a capable grappling specialist, “Ulka” Sasaki dominated him on the mat. Pantoja is tough as nails and a hugely dangerous submission artist, giving him the tools necessary to spoil Kape’s Octagon debut.

Stamann, meanwhile, was -310 against Andre Ewell, which if anything undersold the stylistic nightmare he posed to “Mr. Highlight.” He’s still a bargain at -380 against Octagon newcomer Askar Askar, not to be confused with Flyweight contender Askar Askarov. Askar is an okay wrestler with painfully bad striking defense that Stamann should have little issue exploiting, making “The Spartan” a reliable anchor.

UFC Vegas 18 is a damn strong card and a perfect return to form after UFC’s January blitz. Don’t miss it. See you Saturday, Maniacs!

Remember that MMAmania.com will deliver LIVE round-by-round, blow-by-blow coverage of the entire UFC Vegas 18 fight card this weekend, starting with the ESPN+ “Prelims” matches, which are scheduled to begin at 5 p.m. ET, then the remaining main card balance on ESPN+ at 8 p.m. ET.

To check out the latest and greatest UFC Vegas 18: “Overeem vs. Volkov” news and notes be sure to hit up our comprehensive event archive right here. 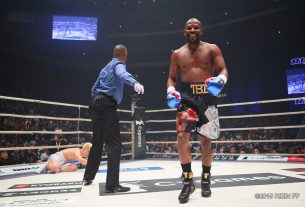 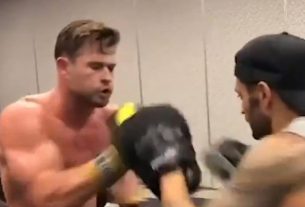