Tucker Steps In To Face Ige At UFC Vegas 21

Gavin Tucker has agreed to step in and face Dan Ige at the upcoming UFC Vegas 21 fight card, which is set to go down inside UFC APEX in Las Vegas, Nevada on March 13, 2021. Ryan Hall was originally in line to face Ige but the jiu-jitsu ace was forced to withdraw after suffering an injury in training.

It was previously reported that Tucker was set to make his return to face off against Cub Swanson at a planned Fight Night event on May 1, but why fight two months from now when you can do it in three weeks instead?

Tucker has won three in a row and 13 of 14 overall, going 3-1 so far during his short stint with UFC. He was last seen defeating Billy Quarantillo at UFC 256 last December in “Sin City.” As for Ige, he hasn’t competed since losing to Calvin Kattar at UFC Fight Island 1 last July, snapping his six fight win streak.

UFC Vegas 21 will feature a revamped main event that will see Leon Edwards return after lengthy layoff to take on Belal Muhammad. Also on the card, Light Heavyweight contenders Misha Cirkunov and Ryan Spann will throw down, while Zubaira Tukhugov takes on Ricardo Ramos in Featherweight action. 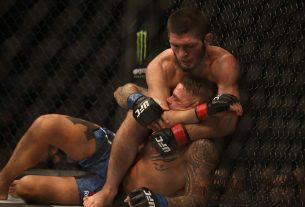 Stephen Thompson would move up to middleweight for one fight