The clip below was featured on Monday’s column. It was widely popular already, but it’s only grown more viral since then, and now details and consequences are beginning to emerge.

Walker Brown is the “MMA trained fighter” who puts a beating on University of Oklahoma wide receiver Spencer Jones. Though the video appears to show Jones as the aggressor prior to the big punches and takedown, it’s never possible to gather the full story from such brief clips.

Brown has started a GoFundMe, intended to help pay for both medical bills and legal fees.

“Hi everyone. I am the guy in the bathroom fight video,” Brown wrote, “I have laughed with the funny comments about my cowboy boots and cauliflower ear. I have not commented because there is an on-going investigation. I have been advised to get an attorney. I am also facing a surgery from an injury I received while defending myself and will be looking at some unplanned medical bills and time off of work recovering from the surgery. I am a full-time student who works two jobs.

First, I would like to thank you all for the generous support that I have received from all over the country. It is overwhelming in a good way! Strangers have even offered to help me cover the costs of defending myself and so I have set up this account for anyone who would like to contribute. I feel awkward doing this because I want to work and pay my own bills, but I am realizing that may be difficult for a little bit. I will say that YES, there was something that occurred prior to the start of the video as my nose doesn’t bleed for no reason. After I hire an attorney, I will make a statement so you will know my side of the story. Thank you again for all of the support.”

Brown has since hired attorney Steve Stice, who released a statement on Brown’s account (H/T MMAFighting).“Mr. Walker was legally justified in defending himself in this matter,” Stice wrote. “As a result, Mr. Walker received several injuries including a torn bicep which will require surgery. We will not make any further comment until the conclusion of the investigation by the authorities.”

Contrarily, Jones’ attorney labeled his client a “peacekeeper” and argued him a victim of assault. Jones reportedly nearly lost an eye in the fight.

At the moment, Oklahoma police are investigating two counts of assault and battery related to the February 16 incident. No one has been charged yet.

Ben Askren is going hard on mocking Jake Paul for a wrestling loss.

A GOAT on a jet boat (ski, but that doesn’t rhyme).

Should the ability to jump weight classes be given a greater importance to pound-for-pound rankings?

My arm would have snapped in half.

My lawyers will be reaching out with a cease and desist. https://t.co/dz7rAhv3uR

Jon Jones is moving big weights ahead of his move in weight class.

Knocked out of stance by the calf kick, knocked down by a counter left hand.

Amanda Nunes does not get less scary in slow-mo.

A liver kick snuck underneath a punch is one of the most effective times to land.

I took French in high school, a really smart move just before moving to California, home of a gigantic French-speaking population.

French is a fucking scam pic.twitter.com/0SIBCPbX5A

Midnight Music: Is there any chance we get another My Beautiful Dark Twisted Fantasy out of Kanye’s latest life drama? 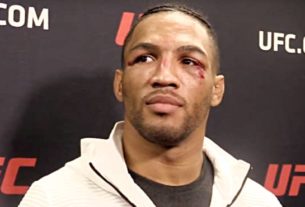 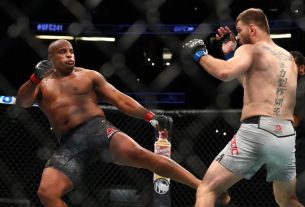