Francis Ngannou has never forgotten his roots, and his hometown of Batie, Cameroon celebrated wildly as “The Predator” captured the undisputed UFC heavyweight title at UFC 260.

Ngannou’s second-round knockout of Stipe Miocic completed a remarkable journey that has taken him from Batie to Las Vegas via France, as he went from being homeless on the streets of Paris to undisputed heavyweight champion of the world.

That journey was followed back home as the small town where Ngannou grew up gathered together at 5:15 a.m. local time to watch him defeat Miocic and capture the biggest prize in the sport.

The scenes were absolutely priceless.

You need to see this!

Incredible scenes from the hometown of @Francis_Ngannou as they celebrate the crowning of a new UFC Heavyweight Champion! 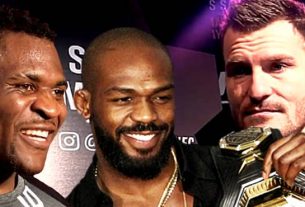