We still have a ways to go before Francis Ngannou and Jon Jones come to blows, but they just had a pretty big exchange from miles apart. The fight that the MMA community and indeed the entire combat sports world is talking about is a potential dream matchup between UFC heavyweight champion Francis Ngannou and […]

ONE Championship 128 video: Check out the best of the action from Singapore 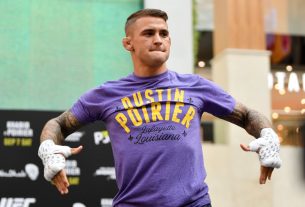