It’s 3:30AM in Dubai and Conor McGregor is answering fan questions on Twitter.

It didn’t take long for Dustin Poirier to return to the gym after his big knockout win over Conor McGregor at UFC 257. McGregor? Well, he’s been enjoying the finer things in life, which we suppose shouldn’t be surprising considering he’s not just a millionaire but a centimillionaire (and perhaps within reach of becoming a legit billionaire in the next several years).

So McGregor’s Instagram is awash with photos of “The Notorious” enjoying life in Dubai, buying jewelry, and pimping his Proper 12 whiskey, which just netted him another nine figure sum in a recent deal. We don’t want to imply he’s not training at all — there are also photos of him working out, running, and biking. But Conor isn’t in camp for his UFC 264 rematch with Poirier on June 12th. Poirier? We’re not sure he ever really leaves a state of camp.

It all raises questions about how ready McGregor will be for the fight… which makes it fortunate that “The Notorious” is currently fielding questions from fans on Twitter using the hashtag #AskNotorious.

Since it’s currently 3:30AM in Dubai, we dunno how long this will go on for. But Conor is in there mixing it up and giving some interesting responses as of 7:30PM EST (Sunday May 9th). We even got a question in there (cuz we know what keeps McG up at night).

Yes. I’ve always liked how I looked, felt, and performed at 170.
I will most certainly be going back up! https://t.co/8PS6OOXO6i

By doing this twice over. https://t.co/b8DmfNERKG

I could make weight and fight this week.
Last time we had almost 3 days post weigh in to the actual fight. Plus an early morning start.
This time we’ll have just over 24hrs plus a night time start.
Both favour me massively.
Very excited to return to Las Vegas! https://t.co/wrDkXbzUFq

I’ll have a few Proper Parties!
It’s my birthday that week.
Then the World title. https://t.co/ShFJ1PDyzU

McGregor’s goals here are laid out pretty plain: he plans on beating Poirier and then challenging for the lightweight strap. He also talks about fighting more at 170 and cementing his GOAT status by becoming a two time champ-champ. That implies a go at the welterweight champ, but McGregor also said he’s close enough to 155 to make weight in a week. Does that put him within striking range of featherweight as well?

I’d have people press forward in sparring. Especially in the later rounds. A fresh body pressing forward for the last 4 rounds. https://t.co/8mv3ZsjI9B

Yes! I’ve been training my son since day 1. He will be ready if he decides too.
I am going to do this fight away from the family also. For a change. Fights and boppies and cuddles is a hard one to balance.
I’m going into this one a wild dog. https://t.co/fnQbJKzK9J

I gave her a little stack of cash off of the first one. The Dana 60g one. Since then absolutely everything else. Car’s, clothes, homes, jewellery, million dollar cheques. You name it! 2 grandkids and another one on the way for her haha! I done good, she always believed in me! https://t.co/LB1e716oQV

Proper Twelve and a Guinness!
I enjoy stout.
I will make my own one day! https://t.co/V1OKSZOkjF

A conversation came up regarding Celtic first to be honest. To acquire shares from Dermot Desmond. I am certainly interested in acquiring a sports team at some stage!
Both Celtic and Man United are teams I like for sure. But I am open. I feel I could do big things for a club. https://t.co/KgD9qnYipP 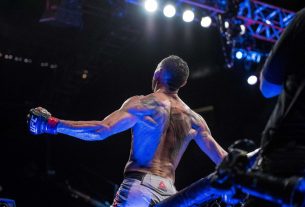