Tony Ferguson stole the show at the UFC 262 pre-fight press conference, and fans were chanting his name by the time he faced off against opponent Beneil Dariush.

UFC 262 is just around the corner on May 15th and to get everyone hyped for the event, the UFC staged a press conference on Wednesday featuring a rowdy audience at the Toyota Center in Houston, Texas.

The event is headlined by Charles Oliveira vs. Michael Chandler for the lightweight title recently vacated by Khabib Nurmagomedov. Right under that in the co-main is another lightweight showdown between the suddenly mortal Tony Ferguson and surging contender Beneil Dariush.

After some mandatory trash talk from all the fighters, the moment came where it was time to face off. No shenanigans this time … perhaps a threat at the last UFC weigh-ins that manhandlers would be suspended kept everyone in check. Hey, we’re down. A good, mean, professional bunch of staredowns. No concussion inducing shoves. We’re here for it!

Take a look at how the face offs went:

The next UFC lightweight champion is right here!

Oliveira v Chandler is too close to call!

You can definitely expect fireworks with this one

You can see who the crowd is picking on this one. And after a year of silence, fighters are already saying the crazy crowd reactions are getting to them. Think it’ll shake Dariush? Or does Tony already have everything he needs to shook things up? 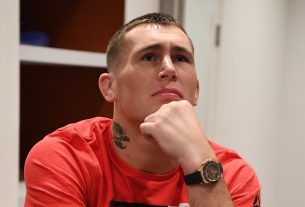 ‘To Have Invincibility Stripped From You Is So Savage’ 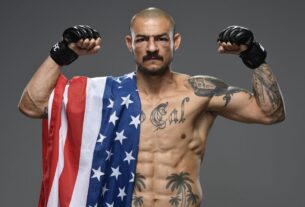 Swanson vs Chikadze Booked For May 1 UFC Event 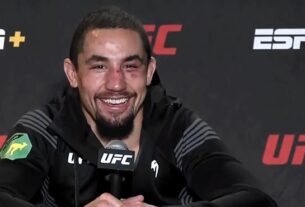