Oleinik, 43, is the oldest ranked fighter on the roster, but that’s produced some dramatic results. On one hand, the Russian submission ace has defeated big names like Fabricio Werdum and Mark Hunt in the last couple years. However, he’s also been blown out of the water on several occasions, which forces the question of just how much longer his time near the top can last. Spivac — who is 17 years younger than his foe — has proven a solid addition the Heavyweight roster. His results have been mixed so far, but he’s consistently pushed the pace and chased the finish in each of his bouts.

Let’s take a closer look at the keys to victory for each man:

At this point, Oleinik’s big concern should be getting stopped in the opening minute or two. Respectfully, he’s an old man, so neither speed nor durability are in his favor. Among big men, that initial opening has proven enough to cost Oleinik badly in the past.

Fortunately, Spivak is more of a grappler than a knockout artist himself. Therefore, I’d like to see Oleinik fire off his usual overhand-left hook combo only as much as is necessary to score the clinch. Even if Spivak’s game plan is sprawl-and-brawl, it’s often easy to convince grapplers to grapple … against their own best interest.

Once in the clinch, Oleinik presents the double threat of the takedown and Ezekiel choke. If neither lands, the fight probably isn’t going to go well, so might as well return to the overhand and hope for the best.

Record: 12-2
Key Wins: Tai Tuivasa (UFC 243), Carlos Felipe (UFC Fight Island 2), Jared Vanderaa (UFC Vegas 19)
Key Losses: Walt Harris (UFC Fight Night 151), Marcin Tybura (UFC Fight Night 169)
Keys To Victory: Spivak is something of a wild man. He’s not incompetent on the feet, but Spivac is better off when forcing a clinch battle, as he’s got some slick throws in his arsenal. Once on top, Spivak is a threat both with submissions and strikes.

Let me make this very clear: Spivak should not grapple with Aleksei Oleinik. I don’t care if Oleinik was 50, the man has 46 wins via tapout! If Spivac wants to avoid being No. 47, he has to avoid the clinch, cage and mat with all his willpower.

Kickboxing may not be his strong suit, but Spivac has the benefit of youth on his side. If these two are trading punches at a one-to-one rate, Oleinik probably cracks a bit harder, but Spivac is less likely to fall down. More importantly, Oleinik tires rather quickly, which further shifts the knockout odds in Spivac’s favor.

In short, the Moldovan athlete needs to move his feet to avoid the cage. After Oleinik whiffs on a big swing, that’s Spivac’s chance to open up with his own offense, though he as to be wary of falling in the clinch after an exchange.

This is classic veteran vs. prospect matchmaking.

Oleinik, sadly, is not in the title mix. As much fun as his multiple resurgences have been to watch, there is a clear ceiling where Oleinik’s skill and toughness cannot make up the athleticism/age gap. As such, he’s an excellent gatekeeper to the Heavyweight division’s Top 15 for about as long as he’d like to keep competing.

That’s unlikely to change, win or lose, though every defeat likely pushes Oleinik toward retirement.

As for Spivac, this is an opportunity to steal Oleinik’s position as the 15th-ranked Heavyweight contender. That would be a rather impressive accomplishment at 26 years of age, which is extremely young by Heavyweight standards. Most likely, scoring his third straight win sets Spivac up for another foe in the 10-15 range, someone like Blagoy Ivanov.

At UFC Vegas 29, Aleksei Oleinik and Sergei Spivac will battle in the co-main event. Which man has his hand raised? 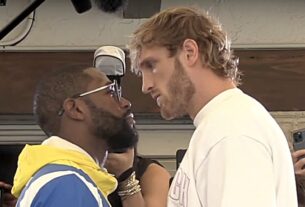 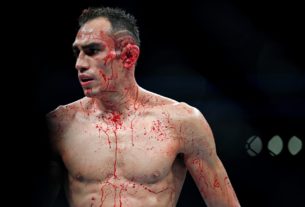