Get a detailed breakdown of the betting lines for UFC Vegas 29, which is set to hit UFC APEX in Las Vegas, Nevada, this weekend (Sat., June 19, 2021), including best bets, underdogs, favorites and much more!

Ultimate Fighting Championship (UFC) returns to the comfort of its APEX venue this Saturday (June 19, 2021) with a top-notch Featherweight slugfest at the helm. UFC Vegas 29’s main event sees “Korean Zombie” Chan Sung Jung look to halt the rise of Dan Ige, who enters the cage with wins in seven of his last eight bouts, while Aleksei Oleinik squares off with fellow Heavyweight finisher Serghei Spivac in the co-feature. Earlier that evening, Marlon Vera takes on Davey Grant in a rematch five years in the making and Seung Woo Choi trades leather with Julian Erosa.

There’s still plenty of year ahead of us to make some dough, so let’s keep it rolling …

The original anchor bet was Matt Frevola over Frank Camacho and Steven Peterson over Chase Hooper. When Camacho withdrew (details), I swapped in Deiveson Figueiredo, which combined with Jamahal Hill’s decision to engage Paul Craig on the ground, doomed the evening. Pannie Kianzad and Carlos Felipe limited the damage, but it’s another week for which I must apologize.

UFC Vegas 29 Odds For The Under Card:

Thoughts: As I mentioned in the “Prelims” pieces, this is some of the closest matchmaking I’ve seen in some time, which makes my life difficult. I’m willing to roll the dice on Kanako Murata, Roque Martinez and Casey O’Neill, though.

Virna Jandiroba is nearly unstoppable when she can dictate the wrestling, but as we saw in her Octagon debut against Carla Esparza, she can be neutralized by opponents with strong takedowns of their own. Murata unquestionably fits the bill — Jandiroba will have to win this fight off of her back, and while that’s not totally outside the realm of possibility, it’s much likelier that Murata grinds her way to victory.

Josh Parisian got tuned up in his UFC debut by a short, stout boxer in Parker Porter. Roque Martinez, is, well, that again. Martinez’s speed and durability should make up for his lack of size, and even if it doesn’t, Parisian seems to only have a round of gas.

It’s worth a look, at least.

For my money, Lara Procopio vs. Casey O’Neill is a 50/50 fight, so the fact that O’Neill is an underdog makes her a bargain. “King” can hypothetically match Procopio in most areas and is the better ground-and-pounder, which should carry her to victory.

You can stick Aleksa Camur in a parlay if you want a little extra heft. He’s more than a little underwhelming, but Nick Negumureanu was flat-out awful in his debut and he hasn’t fought in more than two years.

Thoughts: Even considering Davey Grant’s recent resurgence and his win in their previous encounter, Marlon Vera seems like a quality investment. “Chito’s” takedown defense has advanced past the point where Grant can grind out a win as before, he’s the better technician on the feet, and his insane durability means that Grant can’t rely on the comeback knockout again — Viva Ecuador!

There’ll be no shortage of combat sports action this weekend — here’s hoping you’ll join us for this one. See you Saturday, Maniacs. 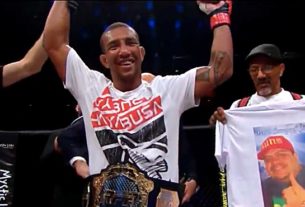 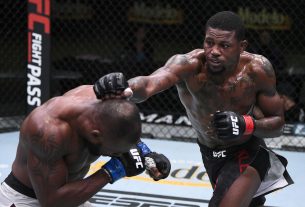