Spider: Overweight Ortiz Is The One Who Lacks Respect

For all of Tito Ortiz’s talks about respect, Anderson Silva says his fellow UFC legend is disrespecting the fans.

For all of Tito Ortiz’s comments about respect, Anderson Silva questions Ortiz’s.

Silva vs. Ortiz serves as the co-main event for the impending Evander Holyfield vs. Vitor Belfort boxing card, taking place inside Seminole Hard Rock Hotel & Casino in Hollywood, Florida on Sat., Sept. 11 via Triller pay-per-view (PPV). Silva (34-11-0-1 in MMA, 2-1 in boxing) and Ortiz (21-12 in MMA, 0-0 in boxing) were contracted to box at 195-pounds; however, “The Huntington Beach Bad Boy” tipped the scales at 200-pounds on Friday morning.

For much more on “Holyfield vs. Belfort” as well as all the boxing news and fight coverage that’s fit to print click here. 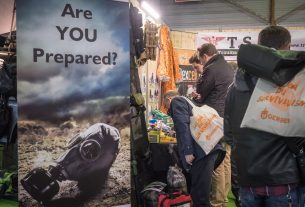