Silva, who is widely regarded as one of the best strikers in the history of mixed martial arts (MMA), is coming off an impressive return to boxing this past June when he defeated former world champion Julio Cesar Chavez Jr. via split decision. The victory shocked many boxing pundits and now lines Silva up for another payday inside of the squared circle and another chance to prove his combat career is far from over.

Standing in Silva’s way is none other than Ortiz. The former UFC champion has recently been trying his luck at politics but that pipedream has officially ended. Instead, Ortiz will return to action for the first time in nearly two years when he meets “Spider” in his professional boxing debut this weekend. Ortiz has never been known for his striking prowess but he certainly packs a punch and looked to be in great shape during Friday’s weigh ins (although he missed the 195-pound mark by five pounds).

As of now, Silva is a massive -1400 favorite (via BetOnline) to knock off Ortiz and push his professional boxing record to 3-1. Ortiz, who comes in at +700, is aiming to shock the combat world and prove that he also has a future in the sport of boxing. Before the two former UFC champions lock horns on Saturday you can check out the full fight video preview below courtesy of Triller’s ‘Legends II’ docuseries:

Stick with Mania for full coverage of Saturday’s ‘Holyfield vs. Belfort’ PPV card. 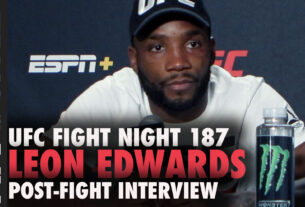 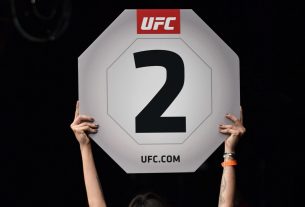