Belfort was scheduled to take on Oscar De La Hoya but De La Hoya was forced out of the bout due testing positive to COVID-19. Evander Holyfield stepped in as a late replacement and the event was moved from California to Florida.

The 58-year old Holyfield came out throwing his jab but was quickly knocked off balance by Belfort. An uppercut sent Holyfield to the canvas but “The Real Deal” got back to his feet and continued. Belfort, sensing that he had Holyfield hurt, went on the attack. He landed a left hand followed by more punches and the referee stepped in to stop the exhibition bout.

During his post-fight interview, Belfort aimed his focus toward Jake Paul, who he accused of ducking him.

Holyfield wasn’t happy with the stoppage. He was still on his feet when the referee stepped in to stop the action.

“I think it was a bad call,” Holyfield said in his post-fight interview. “I don’t think the referee should’ve stopped the fight that quick.” 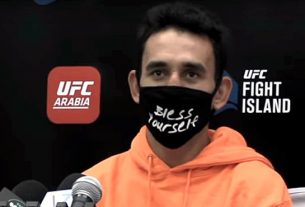 Max Griffin happy with UFC 264 win over Carlos Condit, planned to call out Robbie Lawler but wants anyone in the top-15 next 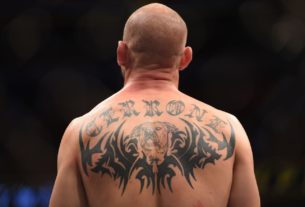