A longtime contender, Benavidez (28-8 MMA, 19-7 UFC) has hung up his gloves after 36 professional MMA fights – 26 of which came in the UFC. A staple of the UFC flyweight division’s upper echelon, Benavidez challenged for the 125-pound title on four occasions – twice against Demetrious Johnson and twice against Deiveson Figueiredo.

MMA Junkie verified the news with multiple people close to the situation, who requested anonymity because Benavidez has yet to officially make the announcement. According to sources, Benavidez instructed the UFC to remove him from the U.S. Anti-Doping Agency (USADA) testing pool.

Retirement adventures are gonna be fun

Benavidez, 37, exits the UFC after three straight losses. He most recently competed at UFC 259 in March when he was defeated by Askar Aksarov via unanimous decision.

Upon the UFC-WEC merger in 2011, Benavidez made his promotional debut at UFC 128 against Ian Loveland, a bout he won via unanimous decision. Two fights later, he dropped to flyweight for the promotion’s four-man tournament for the inaugural title. After a win over Yasuhiro Urushitani, Benavidez lost a split decision to Demetrious Johnson in the promotion’s first flyweight title fight.

Three more wins returned Benavidez to challenge Johnson in December 2013. In that fight, “Mighty Mouse” knocked out Benavidez in 2:08. Following the bout, Benavidez won six straight before a split decision loss to Sergio Pettis in June 2018.

Victories over Alex Perez, Dustin Ortiz, and Jussier Formiga earned Benavidez another title shot after Henry Cejudo, a fighter he defeated in 2016, vacated the championship. Benavidez was finished with strikes by Deiveson Figueiredo. However, since Figueiredo missed weight, an immediate rematch for the vacant title was booked. In July 2020, Benavidez lost the rematch via first-round submission.

Benavidez holds the record for most knockout wins in UFC flyweight history (13) and shares the record with Johnson for most wins overall in the history of the weight class (13). His four fight-night bonuses for 125-pound bouts rank second all-time behind Johnson (nine). 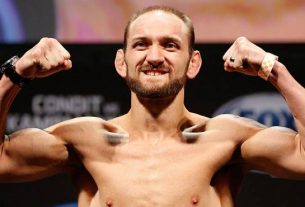 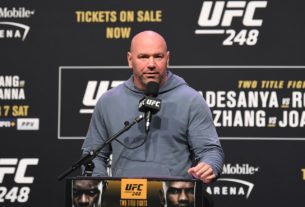