SAN JOSE, Calif. – Yoel Romero made his long-awaited first walk to the Bellator cage Saturday, where he had his promotional debut spoiled by former light heavyweight champion Phil Davis.

The first round was largely a staring contest, though big near-lands from Romero got thousands of oohs and ahhs out of those in attendance. Reminiscent of his UFC 248 fight against Israel Adesanya, “The Soldier of God” stood largely stationary while Davis tried to move in and out with striking.

Early in Round 2, Romero found his marks a handful of hard punches – and a brutal leg kick that Davis limped off. Shortly thereafter, Davis returned a hard punch of his own, which Romero acknowledged immediately thereafter with an exaggerated facial expression. As the seconds wound down in the round, Davis shot – and secured – the first takedown of the fight.

A sizzling Romero strike just missed Davis early in the final round. Davis resorted back to his bread and butter with another takedown attempt, which he secured after a lengthy struggle of strength. Davis would control Romero until the final buzzer and would be named the victor shortly thereafter.

With the victory, Davis reenters the win column after an April title challenge defeat to champion Vadim Nemkov at Bellator 257. Over the span of his most recent five fights, Davis has gone 4-1 with his other wins coming against Lyoto Machida, Karl Albrektsson, and Liam McGeary.

Romero, 44, has now lost four in a row and five of his past six outings. His last victory came in December 2018 when he knocked out Luke Rockhold. Saturday’s fight was his first at 205 pounds since his lone Strikeforce appearance, which took place in September 2011.

A vintage performance from the former world champion @PhilMrWonderful, who scores the split decision over @YoelRomeroMMA on @SHOsports. #Bellator266 pic.twitter.com/W1aWMWbKQz

The full Bellator 266 results include: 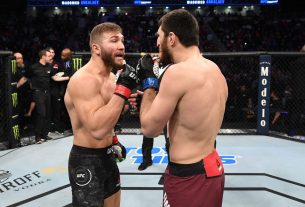 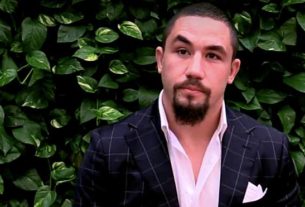