When you here the name Gracie, you automatically think jiu-jitsu. But Neiman Gracie proved that he is far from a one-trick pony by scoring a devastating first round technical knockout (TKO) win over Mark Lemminger at Bellator 266.

Gracie came out light on his feet, connecting with clean shots to get Lemminger’s attention. Once he put the action up against the cage, Gracie landed a nice elbow that stunned Lemminger and followed it up with a nice right hand.

A few seconds later, Gracie landed a huge uppercut that rocked Lemminger and would’ve dropped him flat on his butt had it not been for the cage. No fret, Gracie put his foot on the gas pedal and unloaded one solid shot after another, forcing the referee to put an end to the fight in just under 90 seconds.

The TKO finish is Gracie’s first-ever via strikes, with the other nine stoppage victories coming by way of submission. Afterward, Gracie took the opportunity to call out several fighters including Jason Jackson, Michael Page and current division champion, Yaroslav Amosov. 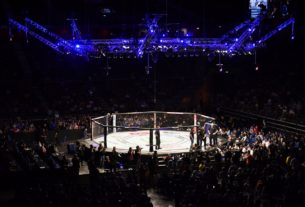