Sergio Pettis is realistic about the optics of his bantamweight title reign. However, he knows he can wipe the slate clean with a win over Kyoji Horiguchi in the Bellator 272 main event.

Pettis (21-5 MMA, 3-0 BMMA) will put his belt on the line against Horiguchi (29-3 MMA, 1-0 BMMA) in the Dec. 3 headliner at Mohegan Sun Arena in Uncasville, Conn. The card airs on Showtime following prelims streamed on MMA Junkie. It’s his first attempted defense after claiming gold from Juan Archuleta in May, but if you go a little further back in the belt’s lineage, it once belonged to Horiguchi.

Horiguchi won the 135-pound strap from Darrion Caldwell in July 2019, then never lost it inside the cage. He suffered a knee injury that caused him to relinquish the strap, forcing the promotion to move forward with the division. Archuleta would pick up the vacant title, then proceed to lose it to Pettis.

Although Pettis is proud to have the championship in his possession, he is aware of the narratives that Horiguchi was never legitimately dethroned. He takes nothing away from that perspective, but said it’s a goal of his to erase any questions with a victory.

“In my head that’s how I view it,” Pettis told MMA Junkie. “He was the champion and he hurt his knee unfortunately and had to vacate the belt and Juan won it by beating Patchy Mix, and I beat Juan. But at the end of the day that’s Horiguchi’s belt. I’m kind of just babysitting it. This fight will really signify who the real champion is of this division.”

For Pettis, this fight against Horiguchi could not come at a better time, both personally and professionally. He said everything in and out of the cage is firing on all cylinders, and it’s shown in his performances since joining the Bellator roster following a 14-fight stint with the UFC.

Horiguchi is a more decorated competitor than anyone Pettis has encountered in his Bellator tenure, though. The Japanese fighter is a former UFC title challenger and has won belts in Bellator and Rizin FF during his career. Horiguchi has lost just once in his past 15 fights, and he avenged his only loss in that stretch against Kai Asakura.

Pettis said he’s prepared for the challenge ahead of him, and he thinks this fight with Horiguchi is going to bring out his very best.

“He’s not just a stand up fighter,” Pettis said. “He can submit you, he can take you down. He knows how to play the game really well. It’s hard to deny that. I’m excited to test my skills, test my style. I’m a good point in my life where this is going to be my breakout fight, honestly. … I still haven’t had that perfect performance yet where I’m like, ‘Yo, this is it. This is who I am. This is who I’m going to be.’ So I’m taking it fight-by-fight and I feel like this is going to be the one.” 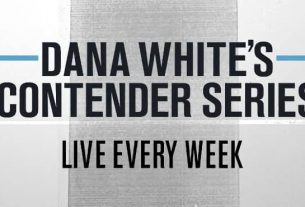