Promotion officials recently announced the matchup will serve as the main event of Brave CF 56, which takes place Dec. 18 at Belexpocentar in Belgrade, Serbia. The card streams live on BraveCFTV.com.

Dy (14-10) saw action most recently in March, suffering a TKO loss to Abdisalam Kubanychbek at Brave CF 47. The setback ended a two-fight winning streak for the Filipino veteran, who is perhaps best known for a four-fight run in the UFC that began in 2017 and saw “The Incredible” compete in China, Japan and Singapore.

Meanwhile, the 32-year-old Maksimovic (17-6-1) makes his Brave CF debut on the strength of a 7-1 run in his past eight overall appearances. Most recently, he scored a decision win in March in his native Serbia over 65-fight veteran Bruno Lobato.

Report: Matt Brown to Clash with Miguel Baeza at UFC on ESPN 8 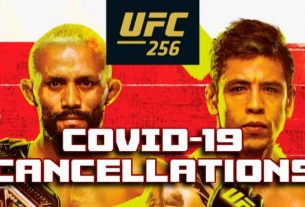