Cub Swanson got to his dark place for Darren Elkins thanks to … a SpongeBob song?

Athletes often have some interesting habits that the rest of the world probably can chalk up to: Whatever it takes to get the job done.

For three straight fights, Cub Swanson has walked out to a song from “The SpongeBob Movie: Sponge on the Run.” For real. This past December, Swanson called on “Krabby Step” by Lil Mosey, Swae Lee and Tyga from the movie for his walkout to fight Darren Elkins at UFC Fight Night 199.

Swanson won the fight with a brutal enough TKO that his “Killer Cub” moniker was right on the money.

But that night at the UFC Apex in Las Vegas, Swanson had his wife, former UFC host Kenda Perez, and three kids on hand to watch him in person. And that particular walkout song was there for a reason.

“I knew they were going to be there, and I knew there was going to be a motivation,” Swanson recently told MMA Junkie Radio. “That’s why I kept the same song. I usually switch it up, but that’s the third fight in a row I kept the SpongeBob song.

“It’s a cool song, first of all. But my kids – me and Kenda would play the song and say, ‘Hey, we’re going to go watch Daddy’s fight’ and kind of mentally prepped them so when they heard the song, they’d cheer. We did all that, and I knew they were taken care of. I knew my wife would do a good job with that.

“Once I was really ready for the fight backstage and in the zone, I just focused on being mean. I felt like Darren is such a gritty fighter, and I was ready to go three rounds with him that I had to go that dark place that I have to go to sometimes to be ‘Killer Cub.’”

Swanson’s win was good for a $50,000 Performance of the Night bonus. It was his third win in four fights. Now he’s got his sights set on a possible WEC throwback fight against Urijah Faber and/or a drop to bantamweight for his next challenge.


Cub Swanson got to his dark place for Darren Elkins thanks to … a SpongeBob song? 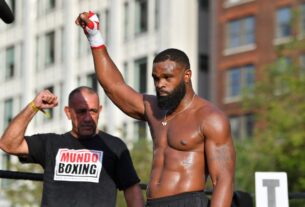 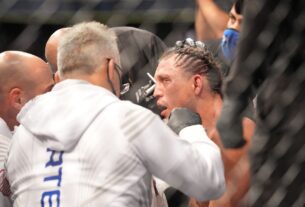