Bill Algeo isn’t sure he’s going to be able to fight on Saturday. His opponent, Joanderson Brito, is currently awaiting additional COVID testing in order to be cleared to fight and that means Algeo is just twiddling his thumbs hoping for the best.

He addressed that uncertainty at UFC Vegas 46 media day on Wednesday and joked about a backup plan should his fight fall through.

“I was kind of hoping somebody on Kattar’s team popped, and I could fight Giga,” Algeo said. “That’d be excellent. If the stars align, maybe that could happen. But again, I shouldn’t wish ill will, and I don’t. But if they pop a test, it’s not the end of the world.”

Chikadze didn’t seem impressed with the idea during his media day appearance, instead, wanting to focus on his actual opponent, Calvin Kattar.

At press time the UFC had not canceled Algeo vs. Brito, so there’s still hope the fight could come to fruition. 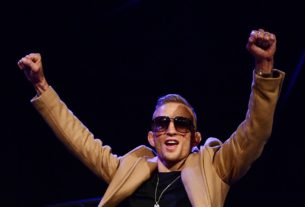 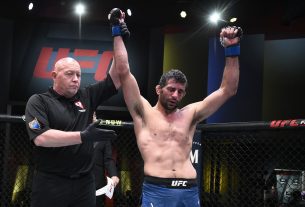