In what feels like a rare occasion, longtime UFC Middleweight contender Kelvin Gastelum will have a full camp to prepare for his next opponent. Per ESPN, rising knockout artist Nassourdine Imavov and Gastelum have agreed to fight on UFC 273, scheduled for April 9 at a to-be-announced location.

Bout agreement signed and delivered today.
This story is far from being done.#OnAmission4Gold

In the last couple years, Gastelum has frequently proven himself a gamer by jumping on short-notice opportunities. Unfortunately for the Ultimate Fighter (TUF) winner, those gambles have not really paid off, as he’s won just a single bout in his last six trips to the Octagon.

On the bright side, Gastelum has been facing nothing but top contenders and remains ranked inside the Top 10. Plus, he’s consistently exciting in victory or defeat.

Still, he doesn’t face an easy challenge in something of a must-win fight. Imavov is just 25 years of age, but the French boxer has proven to carry powerful and accurate hands in his four previous Octagon bouts. He rides a two-fight win streak, having battered both Edmen Shahbazyan and Ian Heinisch for knockout wins.

The stakes are high for each man. Gastelum risks losing his spot in the Top 10 and perhaps even on the roster, whereas Imavov can pick up the biggest scalp of his career and advance up the ladder further.

For all the “Conor McGregor has bulked up like crazy!” news that was going around, the Irish athlete looks his normal level of fitness in this clip.

One Championship’s March 26th event is sounding like a pretty marquee night of action!

Shinya Aoki, Eddie Alvarez, and Sage Northcutt will be on the card as well, per Sityodtong. No opponents set for them yet. #TheMMAHour

… Is this how one conditions the chin? Or the brain?

Jorge Masvidal’s rise from underground fan favorite to pay-per-view star is the stuff of legend.

Jorge Masvidal is the only fighter not named Conor McGregor in the last 5 years to headline 2 UFC PPV’s in non-UFC title fights. pic.twitter.com/ZaopxNRDMk

In my personal opinion, kick sparring is equal parts difficult and beneficial.

Is Dustin Poirier putting on muscle to prepare for a certain Welterweight from Stockton, California?

Reaching for the clinch can get a fighter in trouble should his opponent decide to stand his ground and fire.

This is a very nice transition from the ten-finger guillotine to the more classic high-elbow finish.

Does Alden Coria get it done at #LFA121 this Friday???

Scored a knockout and didn’t realize it!

Midnight Music: Blondie hit No. 1 on the Billboard Hot 100 chart four times, and each song is absolutely top-tier.

Spinning Back Clique: Is the world ready for packed arenas at UFC events? 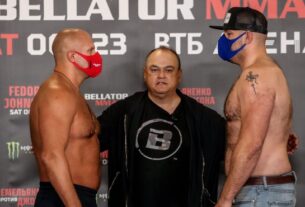 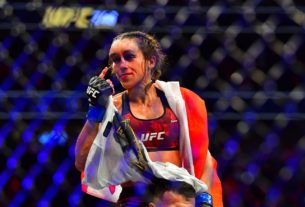 Jedrzejczyk Won’t Retire Because She’s Not A P—y