The promotion has signed current Invicta FC champion Karina Rodriguez to a multifight contract to compete at 125 pounds.

MMA Junkie verified the news with a Bellator official. There currently is no location or opponent set for her promotional debut.

Rodriguez (10-4 MMA, 0-0 BMMA) has won four of her past five fights, including a pair of title-fight wins that saw her claim and defend Invicta FC gold.

The 36-year-old from Mexico made her MMA debut in June 2012, and along the way has racked up wins over the likes of Daiana Torquato, DeAnna Bennett and Milana Dudieva.

Video: Pick one to watch – Poirier vs. McGregor 3 or ‘Pitbull’ vs. McKee? 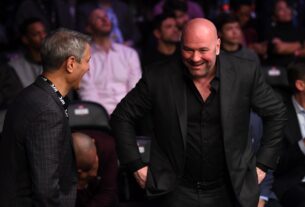