ONE on Prime Video 3 takes place on Friday night (US time) in Kuala Lumpur. The card is headlined by an all Brazilian bantamweight title fight between seasoned veteran John Lineker and rising contender Fabricio Andrade.

There will also be a submission grappling belt on the line although the final of the flyweight Muay Thai Grand Prix has been postponed after Superlek Kiatmoo9 suffered an injury in training.

Lea Bivins is making her pro debut but has a lot of amateur experience. The 20 year old remains an unknown quantity with no fight footage out there.

Noelle Grandjean (3-0) has a black belt in judo and Muay Thai experience. She likes to plant her feet and throw heavy kicks and punches. If opponents close the distance she will look for trips and tosses.

Amir Naseri dropped a decision to Michael Savvas in his quarterfinal of the flyweight Muay Thai Grand Prix and then saw an alternate bout with Jonathan Haggerty fall through. He gets another chance to show he belongs in ONE Championship if he can beat his tricky Japanese opponent.

Taiki Naito lost to one of the firm favorites for the flyweight tournament in Superlek Kiatmoo9, but brings a lot more experience under the ONE Championship banner with four wins in six fights. He beat Michael Savvas by decision and scored a couple of knockdowns on route to the victory.

Asa Ten Pow makes his ONE Championship debut. He has a 6-1 kickboxing record with Glory and experience in Muay Thai and MMA experience and is very comfortable fighting off the back foot.

Mehdi Zatout is highly experienced and pushed Capitan Petchyindeeacademy all the way in their bantamweight kickboxing title fight. He has a very wide stance and used small movements to come in and out and make opponents miss.

Jeremy Miado (11-4) has five ONE Championship wins and they have all come in the opening two rounds. He is one of the tallest strawweights on the roster and uses his reach to throw looping hooks and his height to land flying knees.

Danial Williams (6-1) has much more experience in terms of pure striking, coming from a Muay Thai background. He earned $50,000 USD for his last performance and will be looking for another impressive finish here.

Jae Woong Kim (12-5) has devastating power in his right hand as Martin Nguyen discovered to his cost. He has been stopped with strikes in both his ONE Championship losses and is an entertaining and explosive fighter.

Shamil Gasanov (12-0) looks comfortable striking and training at Tiger Muay Thai won’t have done any harm in that respect. But he always wants to get fights down and that will be the Russian’s gameplan here.

The entire ONE on Prime Video 3 fight card will be available to view free in North America on Amazon Prime for subscribers, and in other territories using the newly launched app which you can download here. 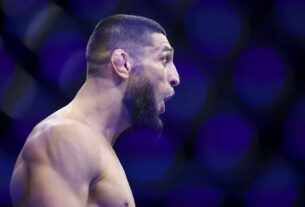 Belal (Not Colby) To Get ‘Borz’ Fight?

Michael Chandler: Tony Ferguson has ‘a little bit of a screw loose,’ but my power will be a lot for him