Robert Whittaker agrees to fight Darren Till in London

This morning the Liverpool native, Till, had taken to Twitter with the following challenge for ‘The Reaper’.

I’m ready to fight now to be honest.
Fuck injuries, fuck time off, fuck it all.
When are you ready @robwhittakermma ? Need to know basis…

“I’m ready to fight now to be honest. Fuck injuries, fuck time off, fuck it all. When are you ready Robert Whittaker? Need to know basis…”

Darren Till (18-2-1 MMA) made a successful middleweight debut at UFC 244, defeating Kelvin Gastelum by split decision.

That win snapped a two-fight losing streak for ‘The Gorilla’, as Till had previously suffered stoppage losses to Jorge Masvidal and Tyron Woodley respectively.

This evening, Whittaker responded to Till with the following message on Twitter.

Robert Whittaker is coming off a TKO loss to Israel Adesanya at UFC 243, where he surrendered his middleweight title.

The loss snapped a nine-fight win streak for the Australian, which included victories over Yoel Romero x2, Ronaldo Souza, Derek Brunson, Uriah Hall, among others.

While both Till and Whittaker have verbally agreed to a fight, no official announcement has been made by UFC officials as of this time.

Who do you think will emerge victorious if Darren Till and Robert Whittaker square off next year in London? Sound off in the comments section PENN Nation!

The post Robert Whittaker agrees to fight Darren Till in London appeared first on | BJPenn.com. 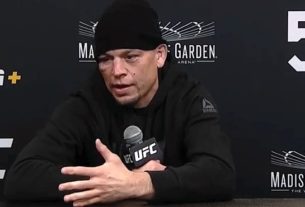 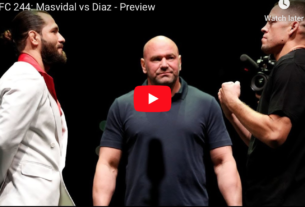 Preview! Who Is The Baddest (Expletive) In UFC?