Shevchenko (18-3 MMA, 7-2 UFC) will take on first-time title challenger Katlyn Chookagian at an event targeted for Houston on Feb. 8.

A person with knowledge of the situation confirmed the fight booking to MMA Junkie early Thursday, but asked to remain anonymous as the promotion has yet to make an official announcement. ESPN was first to report the news.

As for Chookagian (13-2 MMA, 6-2 UFC), the New Jersey-based fighter’s first UFC title shot comes on the heels of back-to-back victories.

In her most recent outing at UFC 244 in early November, Chookagian continued her success when she defeated Jennifer Maia by unanimous decision. Prior to the victory over Maia, Chookagian defeated Joanne Calderwood at UFC 238 in June.

Conversely, Shevchenko hasn’t lost a bout at flyweight in her professional career. After an unsuccessful attempt to dethrone bantamweight champion Amanda Nunes at UFC 215 in September 2017, Shevchenko elevated to 125 pounds.

In her first title defense, Shevchenko added Jessica Eye to her highlight reel at UFC 238. After a lackluster first round, Shevchenko woke up the United Center crowd with a thunderous head-kick knockout in Round 2.

Shevchenko’s most recent title defense came in August at UFC on ESPN+ 14. In a rematch of her 2010 loss to Liz Carmouche, Shevchenko obtained her revenge by defeating Carmouche via unanimous decision, sweeping all five rounds on each of the three judges’ scorecards.

Check out the current lineup for the UFC’s Feb. 8 event below:

Photos: Valentina Shevchenko through the years.

Photos: Katlyn Chookagian through the years 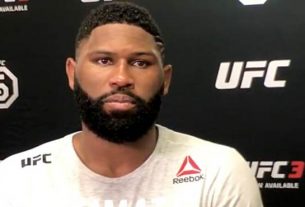