A lightweight bout is the latest addition to the UFC’s June 20 lineup.

The UFC is targeting Frank Camacho vs. Matt Frevola for the promotion’s planned June 20 event.

Two people with knowledge of the situation recently informed MMA Junkie of the booking, but asked to remain anonymous since the promotion has yet to make an official announcement.

The card is expected to take place at the UFC Apex in Las Vegas, but that’s pending Nevada Athletic Commission approval to resume combat sports in the state after the coronavirus pandemic forced a pause.

As for Frevola (8-1-1 MMA, 2-1-1 UFC), the Long Island, N.Y. native is riding back-to-back wins for the first time since signing with the UFC in mid-2017. After kicking off his promotional tenure at 0-1-1, Frevola won back to back decisions against Jalin Turner and Luis Pena.

With the addition, the latest lineup for UFC’s June 20 event includes: 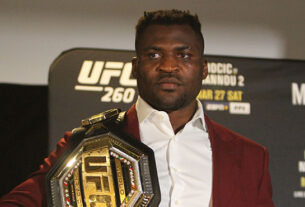