(Click on the fight below and then scroll down to see in-fight live stats and full results, courtesy of Fight Analytics. Full live results for the first UFC Vegas 6: Lewis vs. Oleinik (aka UFC on ESPN+ 32) bout from the UFC Apex in Las Vegas is scheduled to begin on Saturday, Aug. 8, at 6 p.m. ET / 3 p.m. PT.)

UFC Vegas 6: Lewis vs. Oleinik (aka UFC on ESPN+ 32) takes place on Saturday, Aug. 8, at the UFC Apex in Las Vegas. UFC Vegas 6 is the Ultimate Fighting Championship’s second event back in Las Vegas following a four-event stint on Fight Island in Abu Dhabi.

UFC President Dana White and Company restarted the professional sports world with UFC 249: Ferguson vs. Gaethje on May 9 followed by two more events in Jacksonville, Fla., all within an eight-day span. They moved from Florida to their home base in Las Vegas and then held international fights on Fight Island in Abu Dhabi.

Following UFC Vegas 6, the UFC will remain at the Apex in Las Vegas, where it has plans for five events during the month of August. Next week is the blockbuster trilogy bout between UFC heavyweight champion Stipe Miocic and former dual-division titleholder Daniel Cormier. Miocic vs. Cormier headlines UFC 252 on Saturday, Aug. 15. 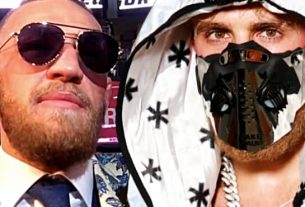