There has been a history between thew two with Jones taunting Adesanya to move up the light heavyweight to fight him. So what are Adesanya’s thoughts on facing Jones now that Jones has signaled his move to the heavyweight division?

While Jones is currently on the sidelines, negotiating his next move, Adesanya is scheduled to defend his middleweight title against Paulo Costa in the UFC 253 main event on Sept. 26. UFC 253 does not yet have an announced location. 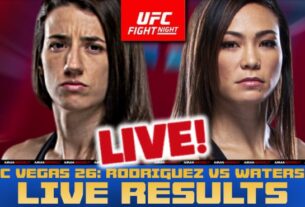