Chandler In Talks To Fight Ferguson At UFC 249

I smell a USADA exemption!

In case you were wondering why UFC President Dana White was so cavalier about losing the fan-friendly showdown between former interim lightweight champions Tony Ferguson and Dustin Poirier, word on the street is that matchmakers already have a replacement for “The Diamond.”

Topping the list is former Bellator MMA lightweight champion Michael Chandler, famous for some of his five-round wars against Eddie Alvarez and Will Brooks, who also crossed over to UFC in the second half of their respective careers.

“One name that has been discussed is free agent Michael Chandler, the former Bellator lightweight champion who fought out his contract in early August,” ESPN reporter Ariel Helwani said. “The UFC is in advanced talks with Chandler, per sources, and is the front-runner to sign him, though a deal isn’t finalized just yet.”

Chandler (21-5), who turned 34 back in April, is coming off back-to-back knockout victories over Sidney Outlaw and Benson Henderson and has now captured five of his last six. “Iron” is celebrated for his all-action offense, which accounts for 16 finishes in 21 wins.

What about that pesky USADA testing requirement?

An Athlete who has not previously competed in UFC, may not compete in UFC Bouts until he/she has executed a Promotional Agreement with UFC and made him/herself available for Testing for a minimum period of one month before his/her first UFC Bout. Where the conditions set forth in Article 5.7.6 below are satisfied, the foregoing rule shall not prevent a new UFC Athlete from participating in a Bout less than one month after entering into a Promotional Agreement with UFC.

Nothing is official at this time and there’s just over a month left to get a deal done if the promotion hopes to keep Ferguson’s original booking date of Oct. 24 on “Fight Island” in Abu Dhabi, where “El Cucuy” will serve as the co-main event at UFC 254. 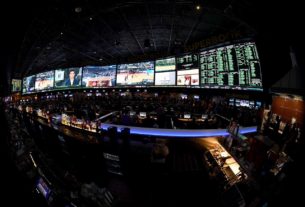 Ben Askren says he has interviewed with ESPN for commentary gig