Bantamweights Pedro Munhoz and Jimmie Rivera are set to run it back.

They’ll meet at a UFC Fight Night event Jan. 30. A location and venue have not been announced, but the card is likely to stream on ESPN+.

Two people with knowledge of the booking informed MMA Junkie on Saturday but asked to remain anonymous since the promotion has yet to make an official announcement.

In November 2015, Rivera (23-4 MMA, 7-3 UFC) edged Munhoz in a back-and-forth battle at UFC Fight Night 77. Since then, Rivera has gone 5-3, most recently snapping a two-fight losing skid with a unanimous decision win over Cody Stamann at UFC on ESPN 13 in July. 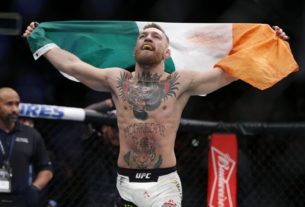 Cerrone Wants To ‘Stand And Throw Down’ With Best McGregor Ever

Why inhalers are not permitted during MMA competition?