Skip to content
UFC 263 ‘Embedded,’ No. 4: Security has to separate Jamahal Hill and Paul Craig

The UFC returns to pay-per-view this Saturday with UFC 263, which means the popular “Embedded” fight week series is back as well.

The third episode of “Embedded” follows the featured competitors during fight week. Here’s the description from YouTube:

UFC 263 breakdown: Nate Diaz is a big underdog vs. Leon Edwards. Does he have a shot?

UFC 263 ‘Embedded,’ No. 4: Security has to separate Jamahal Hill and Paul Craig 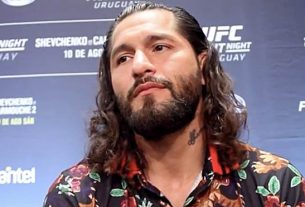 Jorge Masvidal didn’t get exactly what he wanted for UFC 251 contract, but got very close

PFL reportedly cuts “roughly a third” of its roster amid pandemic