Former two-time bantamweight champion TJ Dillashaw edged out no. 2 ranked contender Cory Sandhagen in the UFC Vegas 32 main event on July 24 by split decision. It was Dillashaw’s return after serving a two-year suspension for testing positive for EPO before and after his 2019 loss to then flyweight champion Henry Cejudo.

Dillashaw was victorious in his return but it came with a price. The 35-year old suffered injuries that will require surgery in the fight and expects to go under the knife in the coming days.

“No place like home, this right here brings me all the joy I need. #daddyshome,” Dillashaw posted to his Facebook page. “Went in for a mri today, found out that I suffered a displaced Bucket Handle tear of the Lateral Meniscus and a Lateral Collateral Ligament (LCL) rupture at the end of the first round landing ground and pound while being lazy in a compromised position. The good news is that these tears are repairable and will have a very speedy recovery. Going in for surgery in the next couple days.

“Loved being in the cage even though I had to push through some adversities to grit out the win. Thank you for the support, it’s belt season now.”

Stipe Miocic hints at possibility of signing with ONE Championship 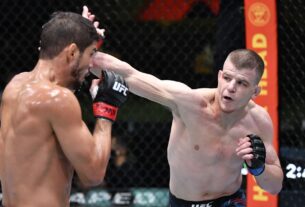 Dawson Will Get Tested, Draws Ferreira This October 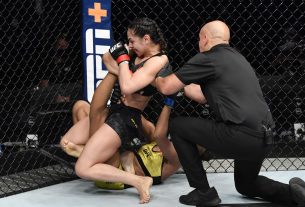 UFC Fight Island 2, The Morning After: Will Leg Locks Take Over MMA Like They Did BJJ?