UFC President Dana White mocked celebrity boxer Jake Paul on Tuesday, insisting “The Problem Child” was too chicken to call out Anderson Silva, a former MMA star who is now 2-0 in the “sweet science” after stopping Tito Ortiz last weekend for Triller.

“I fucking guarantee you this: You ain’t gonna see Jake Paul calling Anderson Silva out,” White said during the “Contender Series” press conference (via MMA Junkie). “That I fucking promise you. Silva is his size, and he’s actually good. He’s old, which is what Jake Paul likes to fight old guys. He likes to fight old guys that are too small and that are absolutely, positively washed up.”

He’s right, Paul won’t be calling for a potential Silva showdown. Instead, the social media sensation wants to throw hands with Jorge Masvidal, a Top 10 welterweight contender who is coming off a knockout loss to Kamaru Usman — but is far from washed up.

“I want your star talent,” Paul wrote on Twitter. “Your ‘in their prime’ strikers so I can exploit their lack of boxing ability. So let’s do this: me vs. Jorge Masvidal and Amanda Serrano vs. Amanda Nunes. If we win, you let any of your fighters fight me going forward. If we lose, I leave you and your exploitive business alone. Dana … Dana … Dana…?”

Like Paul, who topped former UFC champ Tyron Woodley a few weeks back in Cleveland, Serrano continued her winning ways against featherweight pugilist Yamileth Mercado and continues to look for active opponents willing to exchange leather.

Welcome to the new era of combat sports. 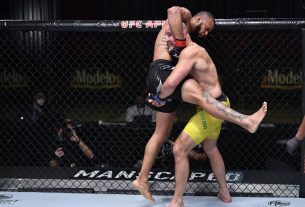 Everything That Happened At UFC Vegas 13 Last Night! 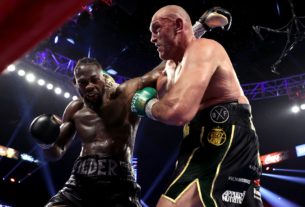