Conor McGregor’s return to mixed martial arts (MMA) didn’t quite go as planned for him after he was knocked out by Dustin Poirier in the main event of UFC 257 earlier this year on “Fight Island,” giving him his second defeat in last three fights (see it again here).

Despite the setback, “Notorious” isn’t giving up on his quest to regain the Ultimate Fighting Championship (UFC) Lightweight title, though there are some in the combat world who feel the former champ-champ should just give up the MMA scene and focus on something else, like becoming a full time boxer.

It’s something former Heavyweight boxing champion George Foreman advises McGregor to do, saying that the Irishman has the striking skills to give the best-of-the best trouble inside the ring.

“It’s hard for McGregor to accept it but he’s a better puncher than he is in MMA,” Foreman told the Daily Star before saying that if he can lock down a much-talked about boxing match against Manny Pacquiao, he can actually come out on top.

McGregor has only competed in on professional boxing match, losing to pound-for-pound great Floyd Mayweather in 2017 via tenth round knockout. He has since teased another boxing match — specifically one against Pacquiao — but it never came to be.

UFC President Dana White isn’t too eager to let McGregor step into the boxing ring until at least 2022, stating that he prefers to see his biggest money-making star take care of business inside the Octagon for the foreseeable future.

Anyone agree with the legendary Foreman? Should McGregor consider heading over to the boxing arena full time, or does he still have what it takes to reclaim his MMA glory days against the best UFC has to offer? 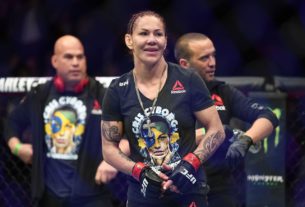 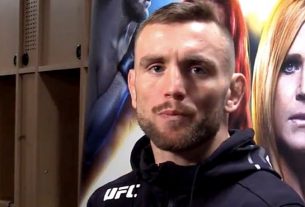