The welterweights will instead collide at UFC 263 in June.

I’ve got good news and bad news, depending on where you bought your tickets.

Nate Diaz recently suffered a minor injury and will be unable to fight Leon Edwards at the upcoming UFC 262 pay-per-view (PPV) event on May 15 in Houston, Texas, but will apparently be well enough to compete just a few weeks later at UFC 263 on June 12 in Glendale, Arizona.

That’s according to a report from Yahoo Sports.

Diaz (20-12), who turned 36 just last month, has not competed since getting sliced open by Jorge Masvidal in the BMF-inspired UFC 244 headliner in late 2019. In fact, Diaz has only competed twice over the last five years, one of the benefits of being filthy rich.

As for the 29 year-old Edwards, he remains at 18-3 after his eye poke “No Contest” opposite Belal Muhammad last March. “Rocky” has not lost since Kamaru Usman outwrestled him at UFC on FOX 17 back in late 2015 and is no doubt hoping a Diaz win can earn him a rematch.

Whether or not Diaz vs. Edwards remains five rounds remains to be seen.

UFC 263 will be headlined by the middleweight title fight between Israel Adesanya and Marvin Vettori, as “The Last Stylebender” looks to go two-up on “The Italian Dream.” Elsewhere on the card, Deiveson Figueiredo and Brandon Moreno run it back after their UFC 256 draw last December. 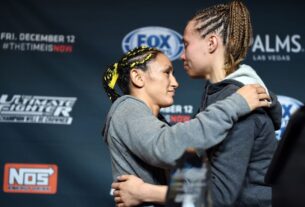 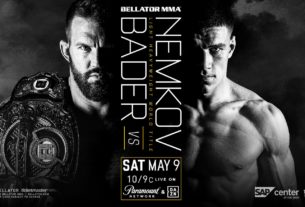