Former stawweight champion Joanna Jędrzejczyk shared a photo of a nasty cut on her leg that she suffered during training on Monday.

Jędrzejczyk had to take a trip to the ER to get the wound stitched up, but the injury won’t keep her out of training for long. The former champion posted that she can return to training as early as Tuesday. She also added a disclaimer to those that might not be interested in seeing the laceration. “Swipe left at your own risk,” she wrote.

“So you wanna be a Fighter?🙈 #imnotamodel#imafighter ⬅️ SWIPE left at your own risk 🚑 The good thing is that I can be back to training tomorrow morning😃 Big thanks to surgeon Bartek Maminski and @damianosmash for a quick and great hospitality on ER👨🏼‍⚕️🏥 @kamiliwanczyk we will be back!✊🏼
#gohardorgohome #imafighter#stillpretty #iamnotamodel #ufc#wmma,” posted Jedrzejczyk.

Jedrzejczyk hasn’t fought since last March when he lost a then champion Zhang Weili by split decision at UFC 248. The fight is considered one of the greatest championship bouts in UFC history and most media outlets considered it the 2020 Fight of the Year.

With Mike Grundy out Saturday, Nik Lentz moves to UFC 257 vs. Movsar Evloev 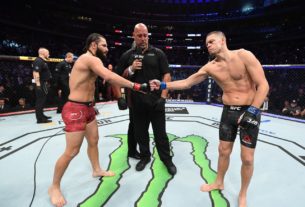 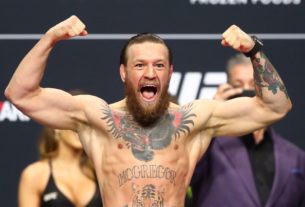