Jones Heartbroken After Getting Dumped By Jackson Wink

Jones’ name has been a hot talking point in the aftermath of his latest arrest and domestic violence charge. The former champ’s longtime coach Mike Winkeljohn confirmed to The MMA Hour’s Ariel Helwani that his star pupil was indefinitely suspended from training with his team.

“This is a tough one,” Winkeljohn said (h/t MMA Junkie). “There’s definitely no doubt about it. It’s one of the toughest ones. It broke my heart that I was even put in that position where I felt I had to do it. But it’s OK. It’s OK. What’s important to me might not be what’s important to others. I will stick by my guns and stay true to the guy that I want to be.

“I just had a conversation with him. I said, ‘Jon, here’s the deal, man. You’re like my little brother. You have to stop drinking and fix these things for a certain period of time until you come back to the gym.’ So at the moment, he’s out of the gym. He’s not allowed to come to the gym because I feel I had to do that. Ignoring it and expecting different results is insanity.”

Winkeljohn asserted that he needs to set a good example to his other students, but hopes Jones returns to the team once he gets a grip on his personal struggles.

“I’m hoping after a certain period of time he wants to come back to the gym, he does it,” the renowned mixed martial arts (MMA) coach expressed. “Even if he doesn’t come back to the gym, I’m OK with it. In my own heart, I know that he might go on to win the heavyweight title. I’ll take myself out of a little bit of money. Whatever. That’s just not where my values are at right now. I just want to set the precedent for the rest of my guys in the gym and people as a whole. I’m all about forgiveness, but let’s go forward. Let’s fix these things. I know he can. I’m optimistic he can do that.”

Jones (26-1) appeared to vent about the situation on social media.

Jon Jones reacts after Jackson Wink ban: “Had a heartbreaking conversation over the phone with one of my longtime coaches last night, really hurts to lose the support of someone I respect so much. Sincere thank you to the rest of the coaches for staying in the fight with me…” pic.twitter.com/VFXaYnhiGj

“Had a heartbreaking conversation over the phone with one of my longtime coaches last night, really hurts to lose the support of someone I respect so much,” Jones wrote on Wednesday in a since-deleted tweet. “[A] sincere thank you to the rest of the coaches for staying in the fight with me. Our journey continues…”

Finished reading this story? The party doesn’t have to stop. Click here to get more of the latest UFC and MMA news. 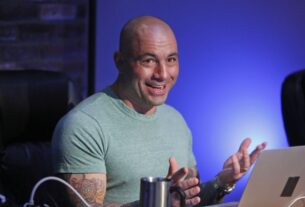 Tyron Woodley Thinks Fighting Both Paul Brothers Is A Possibility

Bellator 241 breakdown: Patricio Freire can expect chaos from Pedro Carvalho. Will he handle it?